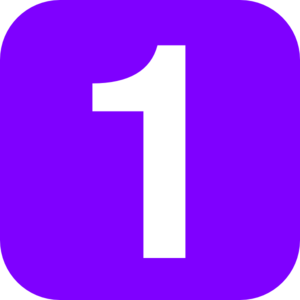 Allergic rhinitis is an allergic inflammation of the nasal airways, caused when an allergen, such as pollen, dust or animal dander is inhaled by an individual with a sensitized immune system. The word, Rhinitis which means irritation of nose, is derived from Rhino which means nose.

When an individual comes in contact of an allergen, in such individuals, the allergen triggers the production of the antibody immunoglobulin E, which binds to mast cells and basophiles containing histamine inflammatory mediator. This usually causes sneezing, itchy and watery eyes, swelling and inflammation of the nasal passages, and an increase in mucus production. Symptoms vary in severity between individuals. Very sensitive individuals can experience hives or other rashes.

Allergic Rhinitis is usually caused by Proteins, mainly plant proteins, called pollen. However, particulate matter in polluted air, and chemicals such as chlorine and detergents, which can normally be tolerated, can greatly aggravate allergic rhinitis. Heredity and environmental exposures can contribute to a predisposition to allergies.

Allergic rhinitis can lead to other diseases such as sinusitis and asthma. Many people with allergies have difficulty with social and physical activities. For example, concentration is often difficult while experiencing allergic rhinitis.

To avoid any hamper to your day to day life style, you must consult a good allergist or immunologist before these allergies get worse. If you already have Allergic Rhinitis and it is worse or have symptoms related to Asthma then you must consult an immunologist who specializes in asthma treatment for better result.

The best treatment is to identify and avoid allergens that cause your allergic symptoms. It may be impossible to completely avoid all your triggers, but you can often take steps to reduce your exposure. Consult allergist for the right medication to treat your allergy. Your allergist may prescribe you antihistamine like cetirizine, corticosteroids, decongestants or any other allergy shots according to your requirement.

Changing your life is never easy, but when you face the suffering associated with acid reflux, you no longer have a choice. You cannot live on water alone, so you need to understand how to […] […]

A yeast infection is rarely a major medical problem, but it can be very annoying for women. There are a number of ways to deal with a yeast infection and steps to follow to prevent […]

Tips And Advice For Preventing And Treating Your Asthma Symptoms

Working around the possibility of an asthma attack is tough, but it is possible to live a relatively normal life, even with asthma. There are a number of ways to make sure that asthma doesn’t […]